Don’t you just love it when the left turns on itself? We don’t even need our autists to bring Pepes to the masses or Capture the Flag to Shia LaBouef for the game to be blown wide open in a genius case of trolling. Like a snake eating its own tail, liberals nitpicking any and all victimhood can end gloriously.

In this, the latest installment of How The Left Ruins Everything, we have some rare common sense on the blue aisle. Three academics-turned-trolls noticed how social sciences academia had begun to skew data in favor of progressive and social justice concepts. James Lindsay, Helen Pluckrose and Peter Boghossian decided to point out this scientific fallacy in a beautiful twist of their own.

The trio manufactured studies with exaggerated and ridiculous conclusions and in getting them published by respected and “reputable” academic journals, displayed academia’s radical left-wing bent.

“Although purposely biased and satirical, our papers are indistinguishable from other work in these disciplines. This is a big problem as this scholarship is taught in universities, taken up by activists, and misinforms politicians and journalists about the true nature of our cultural realities.” – Peter Boghossian

All three were published.

“We hope this will give people—especially those who believe in liberalism, progress, modernity, open inquiry, and social justice—a clear reason to look at the identitarian madness coming out of the academic and activist left and say, “No, I will not go along with that. You do not speak for me.””

A final beautiful title, just for the laugh:

While we can be proud to be on the side producing the greatest trolls alive, its a rare delight to have Democrats reach across the aisle and help with some spicy memes of their own.

For a full blog written by the group, including methods and plan, click here. 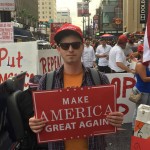